Limescale accumulating in water conduits is one of the most common problems in industrial cleaning machines and cooling systems. It causes many problems with liquid flow, quality and system effectiveness. Thanks to Noyen dedicated products you can effectively solve this problem.

Get to know our products 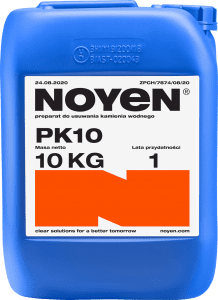 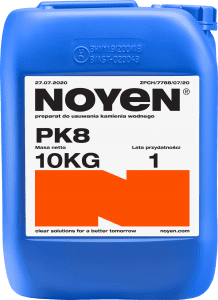 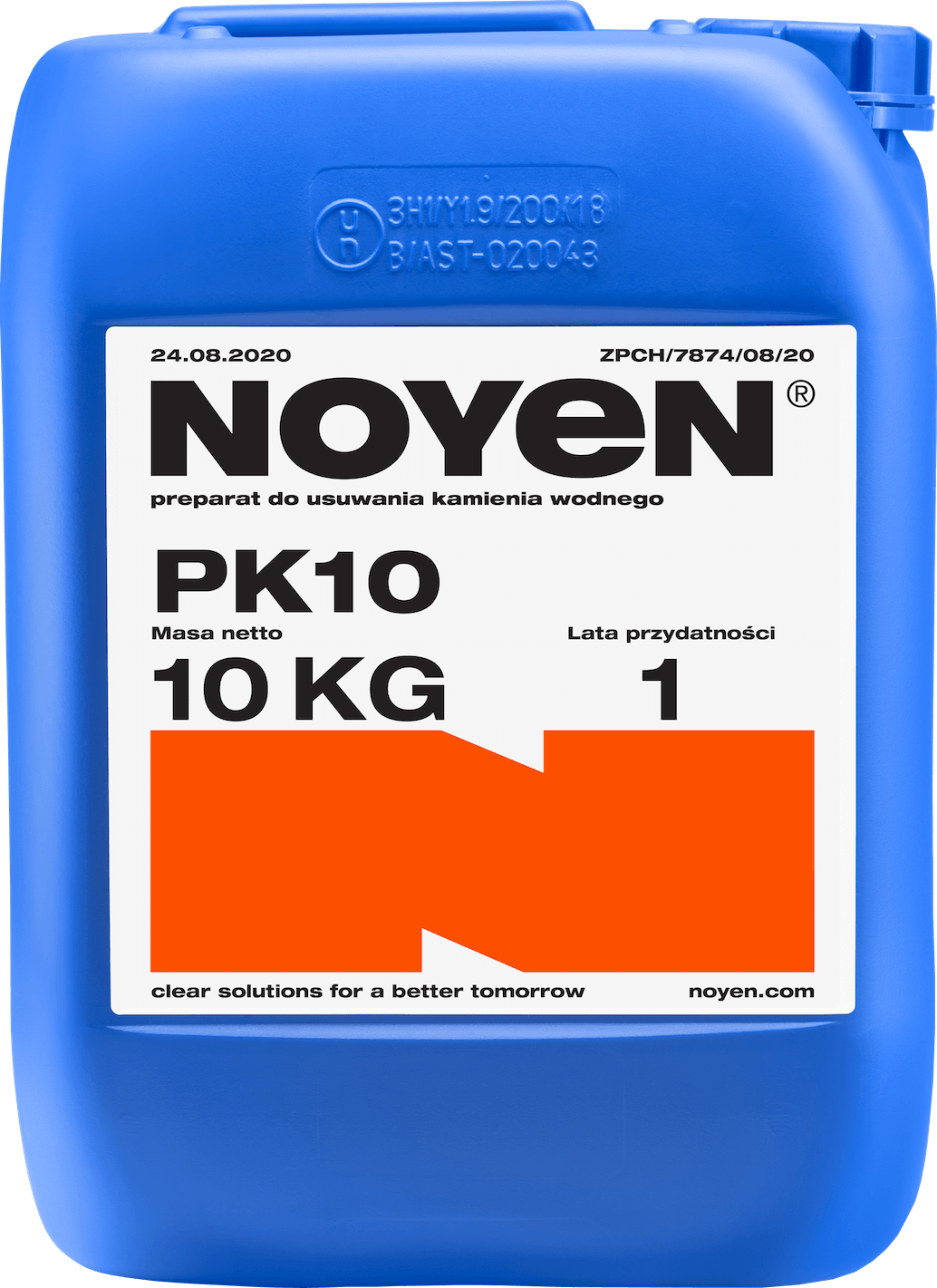 Noyen PK10 is used for removal of limescale and rust, as well as scale from all kinds of water and steam systems. The product works in two phases. In the first phase, mineral acids quickly remove the top layer of scale and rust. After the acids are neutralized, in the second phase mild organic acids remove the remaining residue. Noyen PK10 removes contaminants without damaging the system.

To download the technical data sheet, give us your e-mail address below – we will send the sheet there.

It will be easier if you just tell us everything. Save your time and make use of your free consultation. Our expert will advise you for free.

We don’t need much to start the conversation. Just leave us your contact info and a short description of the problem – if you want. Get more profits thanks to a non-binding conversation.

Our site uses cookies for functional, statistical and advertising purposes. FIND OUT MORE.